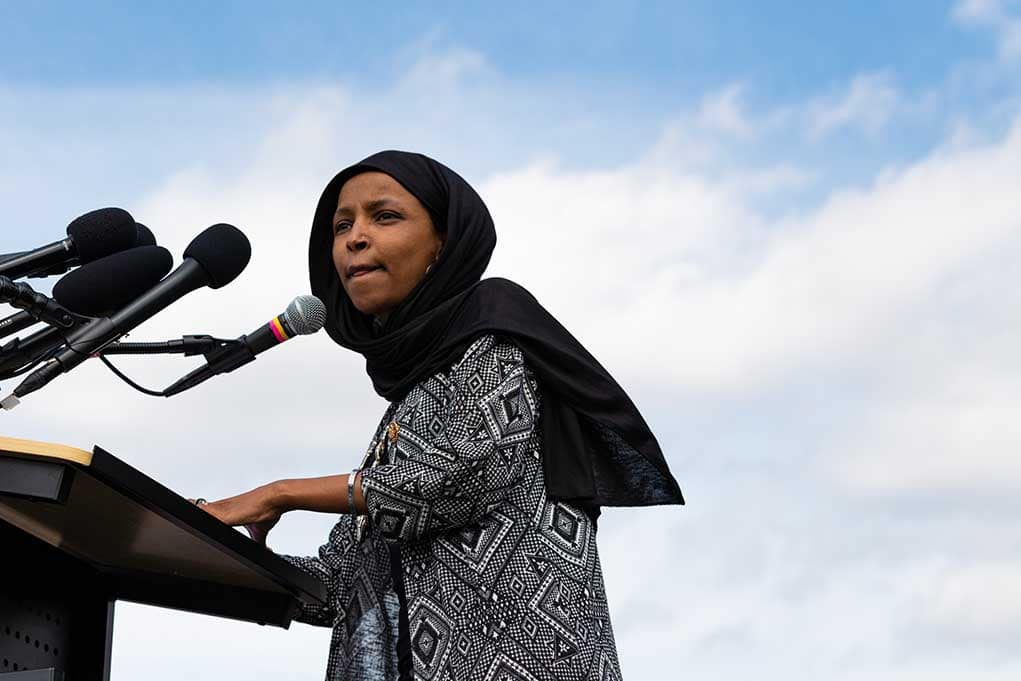 (UnitedVoice.com) – A radical Democratic congresswoman is in the spotlight this week for all the wrong reasons. A watchdog group accused her of failing to declare hundreds of thousands of dollars in income – a possible felony.

A complaint claims that Ilhan Omar possibly committed a felony by failing to report income she may have received from a 2020 book deal. Spokesman for Omar dismissed the allegation by calling the watchdog a "far-right group with ties to the Trump campaign" https://t.co/FIUjqFFgF3

On August 31, the National Legal and Policy Center (NLPC), a nonprofit that monitors the ethics of public officials, submitted a complaint about Representative Ilhan Omar (D-MN) to the Office of Congressional Ethics. The NLPC says Omar has failed to disclose income from a book deal she signed last year and also appears to have given a “gross undervaluation” of her husband’s business.

In May 2020, Omar released her book, This Is What America Looks Like, with a reported advance of somewhere between $100,000 and $250,000. But her 2018-2020 financial disclosures show no sign of this advance or any royalties from sales of the book. Either the book isn’t selling, or Omar is getting royalties that she should be disclosing.

The NLPC also doesn’t believe Omar’s valuation of E Street Group, the consulting business run by her husband, Tim Mynett. Omar says Mynett’s share of the company is worth less than $1,000 – but lists his income as between $100,000 and $1 million. E Street Group has earned just under $3 million from Omar’s own political campaigns in the last three years, and the NLPC wants to know where that money is going.

A spokesman for Omar immediately dismissed the complaint, calling the NLPC a “far-right group” – but they didn’t give any answers about the money. Perhaps the Office of Congressional Ethics will dig up the truth.