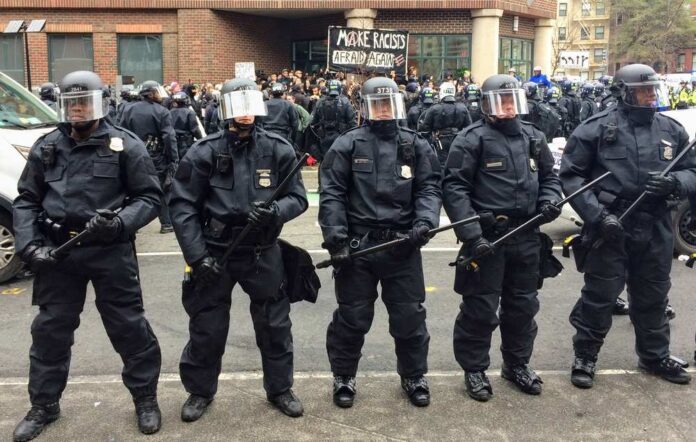 Accountability is becoming a partisan talking point in the political arena. Hunter Biden is a prime example of zero accountability, especially on the political stage. Street crime is no different, but courts across the country have relaxed the standard of sentencing. District Attorneys have found it advantageous to make plea deals to boost conviction rates rather than swing the hammer of justice down on criminals.

Washington, D.C., in particular, has been a talking point for the political court system’s efficiency and accountability. Covid-19 gave the court system a run for its money, and it hasn’t caught back up. And with jails releasing inmates due to Covid-19 outbreaks, the streets have been flooded with violent criminals that continue to wreak havoc on cities across the country. And don’t forget that police departments have been defunded and police are retiring and leaving police departments by the hundreds.

D.C. Police Chief Contee had this to say, “The justice system we have right now is not functioning the way that it should. The courts are not open. That is a fact, barely open. So, cases from last year, from 2020, that happened during Covid, the violent criminals that have not been disposed of, where do you think those individuals are? Does anybody want to take a guess? They’re in communities.”

The left hasn’t made any friends, and America sees the way the country is turning. The forms of accountability for politicians are rooted in corruption, and criminals continue to run the streets with no recourse, but the legal gun owners are the problem.

Contee continued, “What’s the outcome, what is the expected outcome, what does the community expect when a person is caught with a firearm, what do we expect, do we expect to see them in a neighborhood in 3 weeks? And if we do, are we saying that’s acceptable? Because most of the communities I’ve talked to have no clue what happens with these cases, they don’t. But I’m going to tell you the truth, and the real issue is that we have a vicious cycle of bad actors who do things with no accountability and end up back in communities. And the police officers, and I guarantee you when we lock up whoever did this, they will be no stranger to us, I promise you that.”

See, most times, communities blame the police when criminals end up back on the street when cases don’t go how they expect. But the person who’s to blame is the entire criminal justice system from top to bottom. So many people have felony charges for drugs and violent crimes, and they never get convicted of a felony. Despite this, they are repeatedly apprehended with firearms and drugs, with no change in conviction. Poverty is the most significant predictor of crime, but accountability is also a predictor of crime. When someone gets away with something over and over again, they learn that they’re allowed. And parents are to blame more than anyone. Police respond to calls every day where a child has gotten out of hand, and the parent cannot deal with them. Parenting doesn’t begin when kids turn into teenagers. If the foundation of discipline isn’t set at a young age, it may never be established.

Everyone chooses to commit a crime. And up to that moment of committing that crime, there were several opportunities to stop themselves from doing it. To go a different direction or think about the repercussions.

If there isn’t a fix for the criminal justice system, all forms of life will come crashing down. Accountability only seems to be a personal choice and one many might not make.